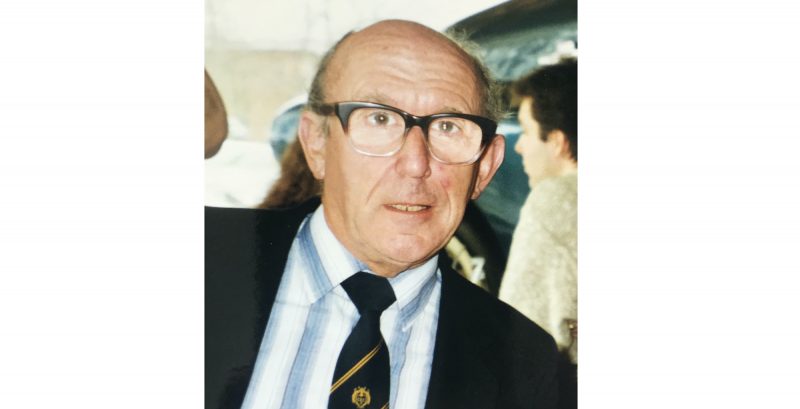 Surrey-based tiling contractor Sims & Bostock have announced the passing of Cliff Sims. Cliff died at the age of 85 on 3 April, after contracting COVID-19.

Cliff started work in the tile industry in 1950 when he was 16, working for Minton Hollins, moving from Stoke on Trent to London. At the age of 21 he started as a Trainee Manager with Froys of Hammersmith, with particular focus on their tiling range.

In around 1957 the tiling side of Froys merged with Finch’s of Barkingside to form a tiling contract business, with Cliff managing the operation. Cliff established great working relationships with his tilers. Some of the men who worked for him at Finch’s moved with him, when he changed jobs in the mid 1960s to work for Walter Taylor.

They also stayed with him when he set up his own tiling contractors, C J Sims, in 1974. Some of these tilers carried on working for Cliff until they retired, working for him for over 40 years. His tiling contract business thrived during the 1980s and 1990s, with prestigious contracts at places such as Harrods, the refurbishment of Buckingham Palace and intricate mosaic work at the rebuilt Globe Theatre.

Cliff’s son-in-law, Graham Bostock, joined the business in the early 1990s and in 2003 they formed a partnership, Sims & Bostock Ltd. Sims & Bostock Ltd is still going strong as a family concern, with Cliff’s grandsons and daughter now involved. Cliff worked up to the age of 80, and even after this time still kept a keen interest in the family business .

The family have set up an online memorial page for anyone who knew Cliff to share memories,  www.forevermissed.com/cliff-sims.