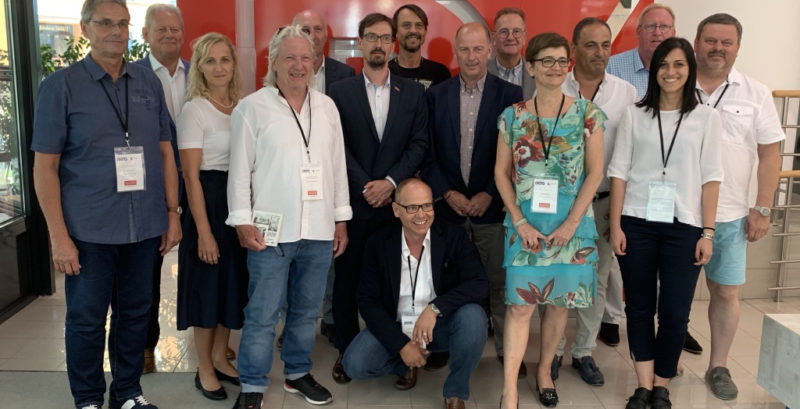 Every three years national tile installer associations and members of the European Union of National Tile Installer Associations (EUF) meet to elect the EUF President, the board and the heads of its various working groups. Their role is to define the Federation’s strategy for the coming period and also to disseminate the latest information concerning ISO and EN standards, and in particular national standards regarding the production and the installation of ceramic tiles to EUF members.

This year Professor Maria Chiara Bignozzi, Assistant Professor at Bologna University and Director of the city’s well-known Centro Ceramico provided the keynote address on the subject of current trends in tile formats. She covered the wide array of different tile thicknesses that are available on the market today, ranging from 3mm up to 30mm and also the large number of different surfaces that ceramic products feature nowadays.

With regard to standards, a major problem which the industry currently faces is the number and variety of different test methods used by different test centres. It would be highly desirable for these test methods to be harmonised, so that, as long as the test centre is certificated, it will not matter where the tests have been carried out – the results will have European and international validity. It was stated that this would provide significant assistance to the global ceramics Industry.

After three years as President, Robert Howard MBE, Director of The Tile Association (TTA) stood down from the role and handed over to the newly elected President, Karl-Hans Körner, President of the German Tile and Natural Stone Association (Fachverband Fliesen und Natursteinverband – FFN) for the next presidential term (2019 – 2022).

The retiring President was honoured in the fashion which has been traditional since 1958, by being presented with an EUF ‘Golden Lapel Pin’.

The AGM discussed the ‘EUF-Vision 2025’ and agreed the following objectives would be actively pursued: