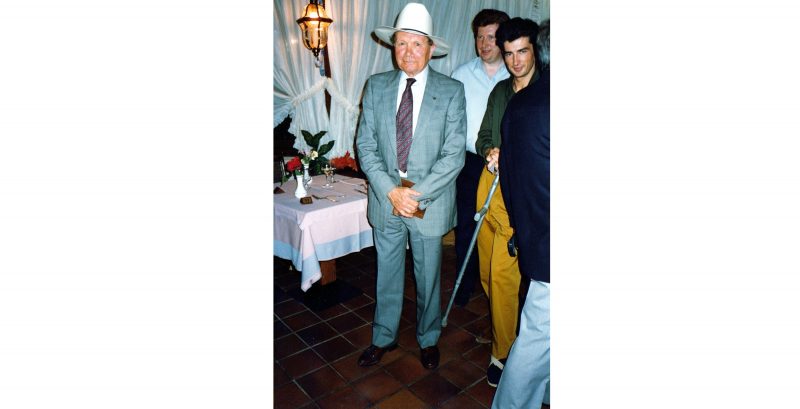 Well-known terrazzo tiler Jim Tiramani has recently celebrated his 101st birthday – showing perhaps that a career in tiling is the key to a long and happy life!

Jim, who will be known to many in the industry, was involved for a good number of years in the National Federation of Terrazzo Marble & Mosaic Specialists (NFTMMS), which had been formed in the late 1920s. His involvement included taking on the role of Secretary for 12 years from 1987.

The origins of terrazzo in the UK are intrinsically linked to the Italian immigrant families arriving in the UK, mainly from the Friuli Venezia Giulia region east of Venice, who brought the craft with them. Many of the elder members of these families retained their Italian citizenship while the younger men served in the British armed forces.

Jim was also a director of the Terrazzo Division of WB Simpson & Sons, the specialist tiling contractor and TTA member, with bases in both the London area and Coventry. Jim worked for them right up until his retirement. During the war he had been in service with the Gunners whilst his father was interned on the Isle of Man. This happened with a lot of the older terrazzo workers, including some of the Marriotts.

It’s certainly great to hear that someone with such a lengthy career in our industry is still going strong at the age of 101. By all accounts, his memory relating to his time in the business is at least the equal of others just half his age!