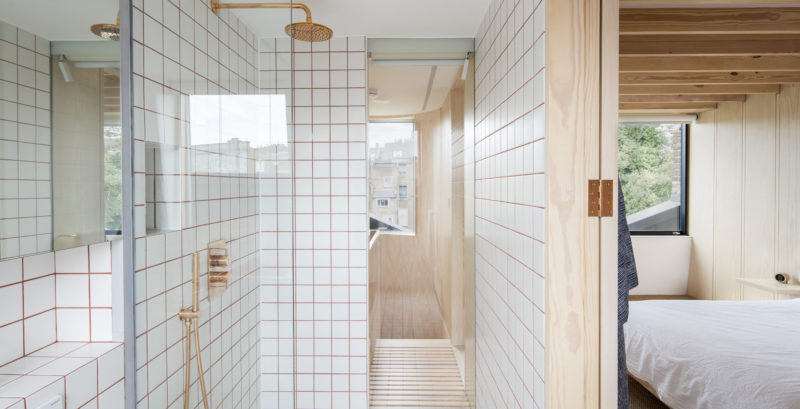 Products from Mapei have been specified by Lipton Plant Architects after plans were made with their London-based client to build an extension to an existing building on Wolsey Road. Its design was shaped around the history of the area with inspiration from the significant ‘Newington Green Gardens’ and the former forest clearing, which was lost to create streets and houses in the Victorian era. Also positioned opposite a mural of a garden which has since faded, the architects designed the extension around the concept of re-establishing the mural and its history, cultivating the illusion of a forest inside the property.

Using a palette of simple materials, the extension to the house’s roof by GMS Building Services has created a bedroom and en-suite. Tailored to curve and ‘float’ upon the top floor, the extension added approximately 25m² to the property, with the new space providing a haven in the treetops, flooded with light and warmed by timber.

Adding to the ambience, Mapei’s Ultracolor Plus was specified for the addition of the en-suite bathroom. The water and abrasion resistant, flexible grout was used between standard white tiles on the floor and walls in the colour Terra di Siena, with the theme of copper and brass used throughout the extension to complement the colour of the wood. With its earthy tones, the grout completed and fulfilled the specification provided by Lipton Plant and the client.

Mapei’s Ultracolor Plus is available in 35 colours suiting every mood. For more information, visit www.mapei.co.uk .