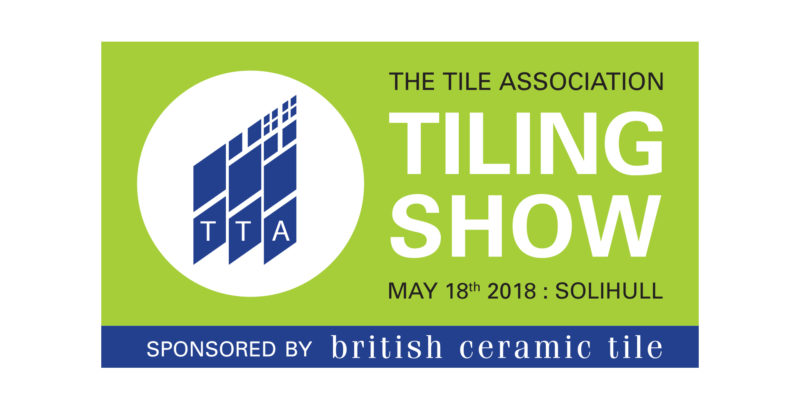 The TTA is delighted to announce that British Ceramic Tile has joined forces with the TTA as event sponsor for The Tile Association Tiling Show. The support of BCT, who have also signed up as a Gold sponsor of the Awards for this year, is a further demonstration of the enthusiasm with which the industry has received the launch of The Tiling Show. This is now definitely an event which should not be missed by anyone involved in the tiling sector.

The Tile Association Tiling Show will take place from 10am on Friday 18 May at The St Johns Hotel, Solihull, the same venue which will host the TTA Awards that evening.

Speaking about BCT’s involvement, Jayne Adamson, head of retail marketing and brand, says: “The tile industry is constantly developing from service through to product and installation. Manufacturers are pushing the boundaries of production and design, contractors are using tiles to their full potential, retailers are becoming more proactive in store with inspirational displays and fitters are raising the bar with clever installations and craftsmanship. The TTA is the only industry body directly supporting tiles and recognising the hard work of all those involved, so we’re delighted to be a gold sponsor this year and pledge our support to a fantastic awards programme.”

The Show will host a wide-ranging selection of stands from leading companies in the tiling industry. All the Gold sponsors at the Awards will be represented – that’s BAL, British Ceramic Tile, Instarmac, N&C Nicobond, Norcros Adhesives, Shackerley (Holdings) Group Ltd, Tilemaster, Trimline, Walls and Floors. The Show has also been opened up to other leading companies from the industry. Confirmed exhibitors so far include: Tile Agents, Warmup, Kickstart Publications, Laticrete, Palace Chemicals, Aquacut and FILA. It is expected that in this first year of the Show there will be at least 20 exhibitors present.

Both The Tile Association Tiling Show and the CPD Seminar Day open at 10am on Friday 18 May at The St Johns Hotel, Solihull. Both events are open to the trade only. For more information about either event or the TTA Awards, which are taking place in the evening, please email the TTA on awards@tile.org.uk or Tel: 0300 365 8453.