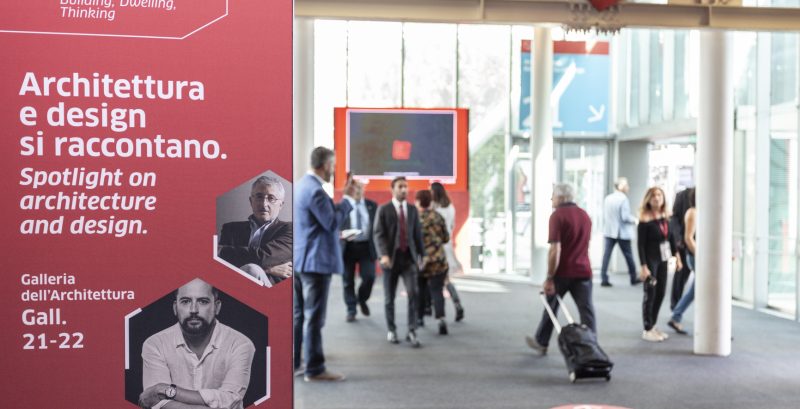 The ceramic tile sector accounted for the largest number of exhibitors, followed by bathroom furnishings.

All the events were strongly attended, including the inaugural conference entitled “Ceramics: from healthy environments to sustainable growth and trade wars” which was attended by more than 500 people. The five conferences in the ‘building dwelling thinking’ cultural programme held in the Architecture Gallery featured talks by prominent international speakers and were attended by about 2,500 people.

More than 10,000 visitors converged on the Famous Bathrooms exhibition inspired by the bathrooms of 32 famous historical figures and co-funded by the Italian Trade Agency ITA, which began with a packed inaugural lecture given by Philippe Daverio.

The Cersaie Business delegation organised in collaboration with the Emilia Romagna regional government and the Italian Trade Agency ITA consisted of around 100 leading architecture firms from the United States, Canada, France, Germany, the UK, the Baltic Republics, Scandinavia and the Gulf countries.

The partnership with Bologna Design Week, now in its fifth year, offered a packed programme of evening events in the city of Bologna which proved highly popular with visitors to Cersaie and will see further development over the next few years.