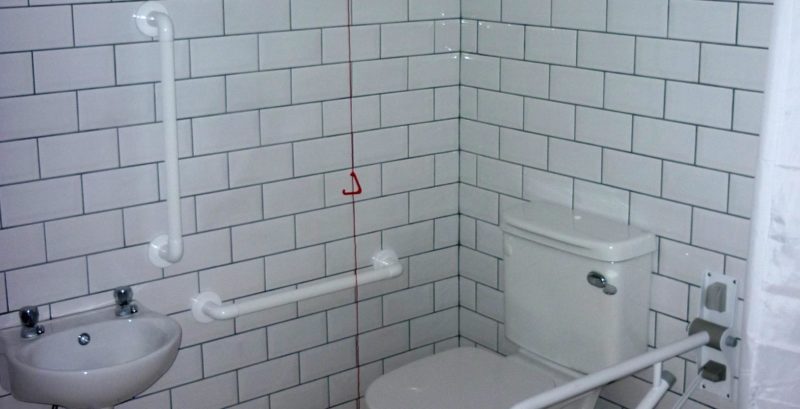 Tilemaster LevelFlex has been supplied, by DHS Ltd, at Alderney Community Sports Centre (ACSC) – the Island’s first swimming pool and gym facility, which is being crowd-funded. The new facility is the result of huge funding efforts by the island’s residents, local businesses, sponsors and donors; with patron Duncan Goodhew MBE giving the ‘Swim Alderney’ campaign extra impetus. So far, over £600,000 has been raised, with initiatives including ‘name a tile’.

ACSC is located in the grounds of St Anne’s School, Alderney’s only state school named after the island’s capital. Once completed, facilities at the new centre will include a 3-lane swimming pool, fully equipped gymnasium, changing rooms and reception. Current works include the lesser-abled shower area, where Atlas Concorde Ever Moon wall and floor tiles have been installed.

The current tiling installation has been carried out by James Walker, with all materials supplied by DHS Ltd. Tilemaster LevelFlex was used to level substrates and walls. The cement-based, protein-free leveller is flexible, fibre reinforced and fast setting. Atlas Concorde ceramics were fixed onto the smooth surfaces after three hours. It’s hoped that Tilemaster products will also be used within the pool areas and gymnasium.