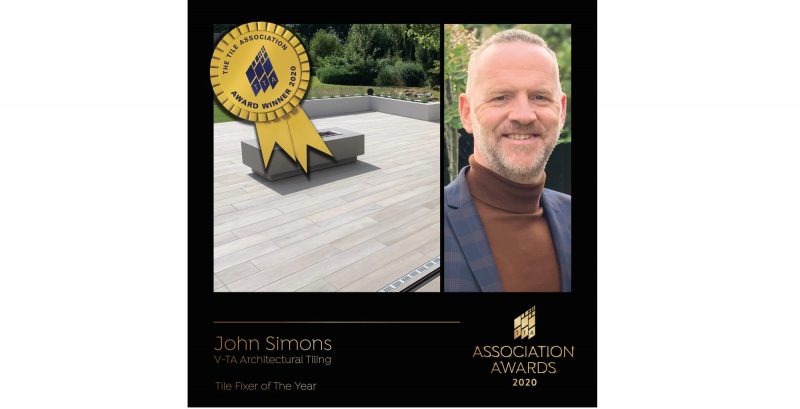 John Simons has won the Tile Fixer of the year Award.

John has been in the business for over three decades, but he says that he is still learning as the industry evolves. For example the growth in the size of tiles, with large format panels now becoming increasingly popular has meant learning new techniques.

He started out 34 years ago with a three-year City & Guilds tiling apprenticeship at Stockwell Building College in London, straight from school. From there he was sponsored by Parkinson’s Wall & Floor Tiling Contractors while he took his CITB qualification. Once he had finished his apprenticeship, he worked for himself for about 8 years.

He then decided he needed a new challenge and started working as a sub-contractor for large tiling contractors, often as tiling foreman for particular jobs. These included Carters, The Tiling Company, Jonathan James, Magna Tiling and Wilson & Wylie.

For the last 12 years, he has been working for himself, tiling both new builds and refurbishment projects, and he works alongside some of the top tile showrooms in London, such as Capitol Designer Studios and Worlds End Tiles.