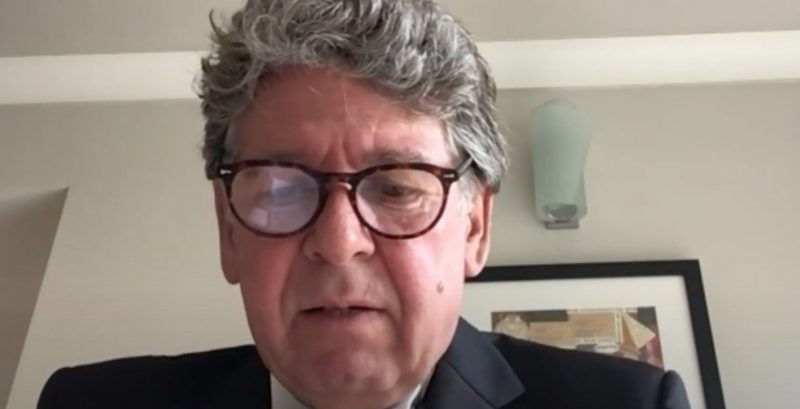 As a poverty-stricken student (his description!), his first experience of the wonderful world of work was unloading a flatbed lorry laden with loose, unboxed quarry pavings. He did return to his PE teacher training course at St. Mary’s Twickenham, but the experience of unloading those tiles dramatically changed his plans. At the end of the PE course the management at Layrite respected his work ethic and they persuaded him to abandon any aspirations of a teaching career and take a job with them as a trainee contracts manager.

He found the challenges of contract management both motivating and fulfilling, and at no time in his long career did he regret his decision back then.

He progressed through management roles and directorships, finally establishing his own company, WBS Midlands, in partnership with WB Simpsons Tiling.

He is proud to have procured and delivered significant tiling projects throughout the UK. Among the most notable were: Brindley Place, Birmingham; Wembley Stadium – a joint venture with WB Simpsons Tiling – and The Library of Birmingham.

Throughout his career he has been involved in supporting and developing the tiling industry through professional associations. This was initially via NMFTA and then TTA. He is grateful to these professional bodies, which have supported him and others in developing high professional standards which ensure recognition and respect throughout the construction industry.