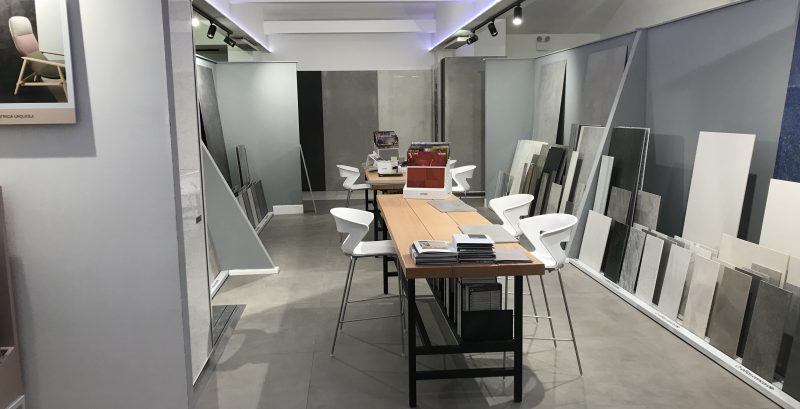 Collinson imports and distributes ceramic and porcelain tiles and operates out of a flagship showroom in Edinburgh, with branches in Inverness and Dundee and a distribution centre in Dalmeny. Predominantly a trade business, it also supplies retail customers, kitchen and bathroom showrooms, and high specification commercial projects across the UK. Some stock is sourced from the UK but most tiles are imported from Italy, Spain and Dubai.

Stewart Wilson is Operations Director and has been with the company for seven years. He says: “Our key differentiator is customer service and we like to go the extra mile. For example, our drivers start at 6am to ensure we can get deliveries to site by 8am. We’re also proud to have been trading for 35 years and to have so many long-standing members of staff.”

Over the years, the company’s legacy system was upgraded and modified several times to keep up with the demands of the growing business. Eventually it became clear to Stewart that it was time to move to a more sophisticated solution. “Our old system just wasn’t very intuitive to use and processing anything was very labour intensive,” he said. “Our sales have doubled in the last five years so I started to look for something that would give us the automation and visibility we needed.”

Stewart thoroughly researched the functionality of a number of systems before eventually narrowing down the choice to K8 and one other option. Although he could see benefits in both offerings, Stewart concluded that K8 was the best solution and KCS the partner of choice for the Collinsons business. “It was a combination of reasons in the end,” he said. “Some of our buying partners use K8, and they told us what it could do. Secondly the professionalism of the KCS team when they demonstrated the system and put the whole package together was very impressive; but primarily it was because right from the outset I believed K8 software was by far superior to anyone else’s in the market.”

K8’s ability to get to the right information quickly really stood out. Stewart explained: “The whole process is just more visible in K8. For example, it makes it easy to check and double check the price and the margin are correct before anything gets charged and the customer sees it. It’s easy to use too. It used to take three labour intensive steps to transfer products from our distribution centre to one of the branches. In K8 it’s just one easy step. And that means there’s far less potential for human error.”

K8 lets the Collinson transport team view the loads on the system, so it’s easy to see when trucks are full and exactly what’s on them before they go out.

Stewart said that from when he first started talking to the KCS team, he found them to be highly professional and very open and honest. “Since the first demonstration, I’ve been very impressed with every aspect of the KCS operation. Now we’re in the implementation process, I can see the project manager and his team are a really well organised and committed bunch of people. And as far as the software is concerned, in my opinion there’s no question that K8 is the market leader.”

More information is available at www.kerridgecs.com