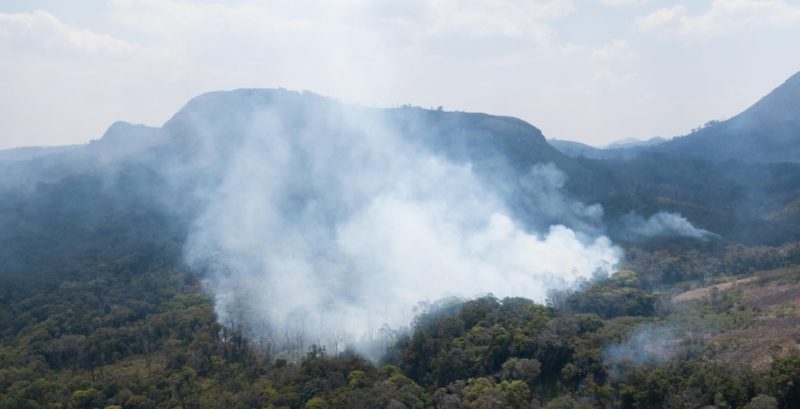 BAL’s charity partner Cool Earth has warned about the devastating impact of forest fires sweeping through swathes of rainforest.

Some 72,000 forest fires burned between January and August this year which is more than double the number recorded in the whole of 2013.

More than 9,500 rainforest fires were observed burning in one week since 15 August alone, mostly in the Amazon region. In comparison, there were fewer than 40,000 in the whole of 2018.

Areas of Brazil saw an 88% increase in deforestation in June 2019 compared to the same month in 2018. That equates to areas of Amazon rainforest roughly the size of a football pitch now being cleared every single minute.

As a result, more people are becoming aware of the impact that humanity is having on the world’s rainforest and the urgent need to keep it protected.

Rainforest is our global lungs, the greatest land store of carbon, and an essential safety net against further climate breakdown. The whole world relies on the millions of trees found there every day. Homes for wildlife, water releasers and oxygen producers, nature has already designed a perfect climate-change-tackling-machine, but it is being burned on a massive scale.

A spokesperson for Cool Earth, which works with indigenous people to halt deforestation, said: “Brazil’s Amazon rainforest has seen a record number of fires this year. This burning caused a thick layer of smoke to descend across Sao Paulo more than 1,700 miles away. Although the smoke may have cleared and media attention has passed, forest fires and deforestation will continue out of sight and mind if we fail to take global action now.

“Fires like this aren’t natural in tropical rainforests. Their permanently wet and humid state make them normally resistant to fast-spreading fires. But even the most water sodden rainforest is no match for the systematic and unrelenting clearing that is taking place in Brazil today. Coupled with severe drought, 50% less rainfall and high temperatures, rainforest fires will begin to spread rapidly if action isn’t taken.

“Rainforest is undeniably our greatest safety net against catastrophic climate change. Areas of primary tropical rainforest, like the Amazon, can be thousands of years old and are crucial and irreplaceable stores of carbon. Once these forests are cut down or burnt, they may never return to their original state”.

The underlaying causes of forest destruction are largely driven by poverty. That makes it essential to ensure that local indigenous people are in control of their communities and areas and earn more from keeping the forest standing than they would otherwise earn from clearing it.

BAL supports Cool Earth’s Ashaninka project in the Peruvian Amazon and has helped saved more than 667 acres of rainforest, protecting some 46 million trees and prevented over 52 million tonnes of CO2 emissions.

Alex Underwood, Head of Marketing, said the recent fires in the Amazon were alarming.

“We have supported Cool Earth since 2011, recognising how important the Amazon rainforest is in carbon capture and the need to take direct action to keep trees standing.

“The devastating forest fires in Brazil and other tropical countries such as Angola and the Democratic Republic of Congo in recent months are particularly worrying and highlight the need to continue supporting the amazing work of charities such as Cool Earth. Whatever sector we operate in, we all have a responsibility to safeguard the environment.

“In the face of increasing policies to burn, farm and log as much forest as possible, we have to place our support behind those who call this forest home. They have the most to lose out of any of us, and their intrinsic knowledge of their forest is crucial in the development of programmes to reduce deforestation.”

In the face of these fires, Cool Earth has renewed its call for support, so it can work to take climate action, share local knowledge and develop the best ways to protect rainforest globally.

To find out more visit www.coolearth.org.