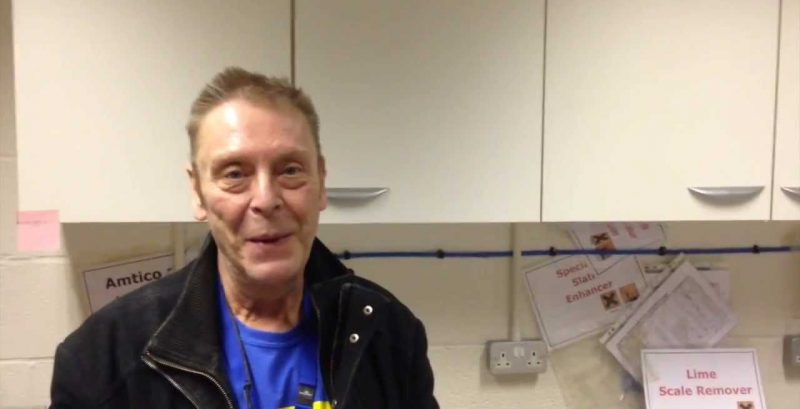 We are saddened to hear of the sudden loss of a great character and contributor to the tiling industry.

Phil was 68 and born in Oldham. He started work straight from school for local tiling contractor J Duncan as an apprentice wall and floor tiler. During his apprenticeship term he was mentored by Bob Howard also a tiler at the same company.

Phil was presented with ‘Master Craftsman’ status on 10 March 2014 for demonstrating outstanding workmanship throughout his career. He was also a member of the TTA Training Committee, where his input and experience as a tiler was greatly appreciated.

Phil was a great character with an inordinate sense of humour, who enjoyed his music. His love for the guitar made him a popular figure in Oldham and he continued entertaining the locals up to his death.

He had an amazing capacity for forming close links and friendship with people and was a popular contributor on the ‘Tilers Forum’ and respected by his fraternity.

He leaves behind his two sons Daniel and David, and will be remembered as a great guy and an exemplary tiler and role model for all apprentices aspiring to achieve the same.